Today is the 45th anniversary of something that has to be considered a crucial event in the evolution of race relations in America, yet it seems to be mentioned so infrequently that I would not be surprised if today's young people find it hard to believe that it actually happened. 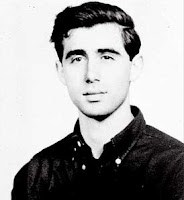 It was, to be sure, a different time. It was a time when the word "Negro" was used by liberals in reference to their black countrymen. "Colored" was still used by folks in a certain age group, and "black" didn't gain popularity for several years. It would have been unthinkable, in those days, to use the phrase "African–American."

Actually, it seems that, in my lifetime, popular language bears witness to black America's search for its identity. But 1964 was about a lot more than semantics.

It is unthinkable, for many, in 2009, when a black man sits in the Oval Office and another black man is the chief law enforcement officer in the nation, to imagine a time when law enforcement officials not only condoned but actively participated in the murders of civil rights workers whose "crime" was helping black citizens register to vote. 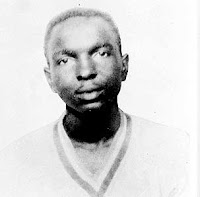 It culminated in a March for Justice that honored all those, black and white, who gave their lives in the cause of freedom and justice — but Goodman, Chaney and Schwerner are specifically honored. The event took place on the weekend that marks the anniversary of their murders.

The chairman of the event told the newspaper that the march commemorates the route that Martin Luther King and the other marchers followed on the second anniversary of the killings.

I grew up in neighboring Arkansas, but I was too young at the time to know what was going on in Mississippi. Many years later, I was sitting in a journalism class in college and my reporting professor told the class that he had been one of the reporters assigned to cover King's march in 1966. Some time later, I looked it up on microfilm and confirmed, from seeing his byline, that he reported the event.

He recalled following the marchers through the streets of rural Mississippi, and he vividly described the cold gaze of the white citizens who silently watched every step of King's entourage. 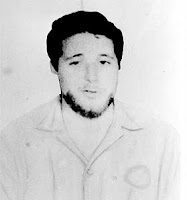 How scary was it in those days? My reporting professor also covered Northern Ireland during the bloodiest of the clashes between Catholics and Protestants, but he said the march in Mississippi was the time in his newspaper career when he was the most frightened for his safety.

I'm glad those three men — and their sacrifices — are remembered in Meridian nearly half a century later. But I honestly wonder if some people realize just how recent, in our national experience, it was. I've been looking at Mississippi newspaper websites today, and I haven't seen anything else about the anniversary of that event.

It seems to be tumbling into the dustbin of history, relegated to a paragraph or two in the history textbooks. I'm glad things have changed, but, as a student of history, I'm a devout believer in the adage that if you don't remember the past, you're doomed to repeat it.

Those murders and others forced the nation to confront an ugly reality that was and still is a problem in all corners of the country but came to be viewed as endemic to the South.

Perhaps that was due, in part, to the high–profile and highly prolific politicians in this region at that time, politicians like George Wallace, Lester Maddox and Orval Faubus. But a lot of it, I believe, was in fact an attitude that was encouraged by state and community leaders and taught by parents for generations.

In his book about the 1964 presidential campaign, Theodore H. White didn't mention the Goodman–Chaney–Schwerner killings, but he wrote about the conditions in Mississippi: "The white community is brutal to its Negroes, brutal beyond its own understanding of what this brutality brings."

White went on to observe that, around 1920, "Mississippi was one of only two states in the Union (the other being South Carolina) with a Negro majority. … But the condition of Mississippi life expelled from the state the best, the most energetic, the most able, the most responsible of the Negroes — the seekers, the yearners, the men of hope."

As a result, White wrote, "White Mississippi has fashioned Black Mississippi by its own hate into what it fears most."

And that hate boiled over when three civil rights workers came to Neshoba County to register black citizens to vote.

Today, we watch the events in Iran and wonder if it will become another Tiananmen Square, and we're not far removed from a fatal shooting at the U.S. Holocaust Memorial Museum that brought some attention, however fleeting, to recent warnings that hate groups across the country are stirred up.

I'm sorry if this spoils your Father's Day, but, honestly, is there a better time to mention it?

We must remember the past if we're going to avoid repeating it.
Posted by David Goodloe at Sunday, June 21, 2009