A Look at the Midterms on Memorial Day 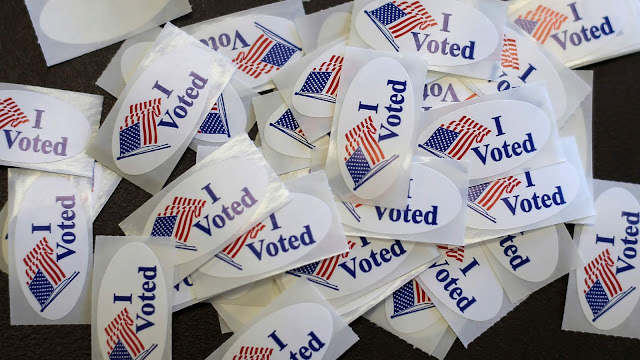 For quite awhile now, Democrats have been salivating over the assumption that they could win back the House in November. Nancy Pelosi has been speaking in public of becoming House speaker again. Just a matter of time.

And, for awhile, that assumption included the possibility of flipping the Senate, too.

I have never been as certain that the Democrats could capture the Senate in this cycle. The 2018 map simply does not favor them for achieving that task.

Gains in the House happen whether the president is popular or not. Barack Obama was popular in 2010, the year of the first midterm of his presidency, but Republicans made huge gains in the House and seized control of that chamber. Nearly 30 years earlier, in Ronald Reagan's first midterm elections, Democrats already had control of the House, but they added 27 seats to their advantage and virtually ensured their dominance for the next decade.

Reagan, it is worth noting, did not enjoy the kind of approval ratings in 1982 that he did in the rest of his presidency, largely because the economic recovery that would propel Reagan to victory in his campaign for re–election in 1984 had not begun. In fact, his 1982 approval ratings at that point in his presidency resembled Donald Trump's, which is a compelling historical reason for thinking that the House may well flip. The Democrats need about two dozen seats to gain control of the House, and House districts are more compact than statewide seats (unless those statewide seats are in the smaller states — by population).

Midterms have often been referendums on the president — and, because Trump's approval ratings have been so lackluster, it has been only natural to expect that he would drag Republicans on the ballot down.

Clearly the cards appear to be stacked against the Republicans in the House in 2018.

For awhile, it seemed that was what was going to happen. Trump's deficit in approval polls was in double digits — but the enthusiasm gap has been narrowing in recent months. According to Gallup's most recent survey, the deficit is nine percentage points. Some polls even show Republicans pulling even with or ahead of Democrats in that generic ballot.

Likewise, the generic congressional ballot that had Democrats leading Republicans by double–digit margins only a few months ago has witnessed a decline to below 5% in many polls. A couple of weeks ago, CNN reported that Democrats held a three–point lead.

That's significant because a national margin of around 5% could be accounted for by vote totals on the East and West Coasts, where Democrats ordinarily prevail. In the Hillary Clinton–Donald Trump presidential campaign, the coasts voted heavily for Clinton, which predisposes them to vote Democratic this time, leaving little or no room for error in the interior states.

Given how the 2016 election turned out, it is not surprising that I have heard many Democrats wonder if they can trust the polls. I believe they can. The 2016 polls predicted that Hillary Clinton would win the popular vote by 2–3%, and that is roughly the margin she received.

Most polls did not, however, predict which states would vote for which candidate; consequently, there was no warning that the celebrated "blue wall" would crumble on election night.

Recent primary results indicate that a battle is being waged within the Democratic Party between its far–left wing and its centrist wing, and the outcome can have a profound effect on Senate races. Centrist Democrats stand a much better chance of winning Republican–held Senate seats in the South whereas the more leftist Democrats are more likely to prevail in Northern states.

Here in Texas, for example, an agenda that favors abortion and opposes guns is going to be a dealbreaker, even though Texas' share of the vote for the Republican ticket in 2016 was smaller than usual.

Numerically, the odds would seem to favor Democrats even more in the Senate, where flipping only two seats would give them control of the chamber. But many of those Republican–held seats are in the South and the same dynamics at work in Texas apply.

There are enough Republican–held Senate seats to give Democrats the majority if they can capture them. Two are open seats — in Arizona and Tennessee — and one is a Nevada incumbent, where Clinton won by more than 27,000 votes in November 2016.

But just winning those seats won't be enough for Democrats, who must defend seats in several states that voted for Trump, sometimes by wide margins. West Virginia Democrat Joe Manchin, for instance, faces an electorate that gave Trump nearly 68% of the vote in 2016. Missouri Democrat Claire McCaskill must overcome Trump's half–a–million vote advantage.

Indiana is a traditionally Republican state that has supported only two Democrats for president (Barack Obama in 2008 and Lyndon Johnson in 1964) since 1940. Democrat Joe Donnelly faces challenging terrain there as he seeks a second term.

There are other seats Democrats must defend in states where they fared better in 2016, but the bottom line is that a great deal of time and money must be devoted to holding them.

Thus, while the odds still favor a Democratic takeover in the House, the Senate is likely to remain problematic for the Democrats in November.
Posted by David Goodloe at Monday, May 28, 2018 No comments:

Democrat Joe Manchin was a popular guy when he was West Virginia's governor.

But that was when West Virginia was still a Democratic state.

Now, as Manchin seeks his second full term as a U.S. senator from West Virginia, he is regarded as one of the most vulnerable Democrat incumbents in this cycle, and three Republicans are vying for their party's nomination to oppose him in the fall. West Virginia Republicans are going to the polls today to decided which one it will be.

President Donald Trump has already made it known which Republican he hopes will not be the nominee — Don Blankenship, a former coal baron who served time in prison. In a Tweet from the president yesterday, Trump urged the voters of West Virginia to reject Blankenship on the grounds that he can't beat Manchin in November and compared him to Roy Moore, the Alabama Republican who lost an open Senate seat in a special election last year.

Trump recommended that the voters choose either Rep. Evan Jenkins or state Attorney General Patrick Morrisey, the leading contenders for the nomination. Three other candidates are in the race, but they have been drawing only modest support in the polls.

The most recent poll I have seen had Jenkins in the lead with 25%. Morrisey was second with 21% and Blankenship was third with 16%. Polls have shown that anywhere from 12% to 39% of Republican voters are undecided so the race is essentially a tossup.

The race apparently has energized voters. The Charleston Gazette–Mail reports that early voting turnout was more than 50% higher than in the last midterm in 2014. Early voting numbers also exceeded the tally in the 2016 presidential campaign.