Taking a Step Closer to Impeachment 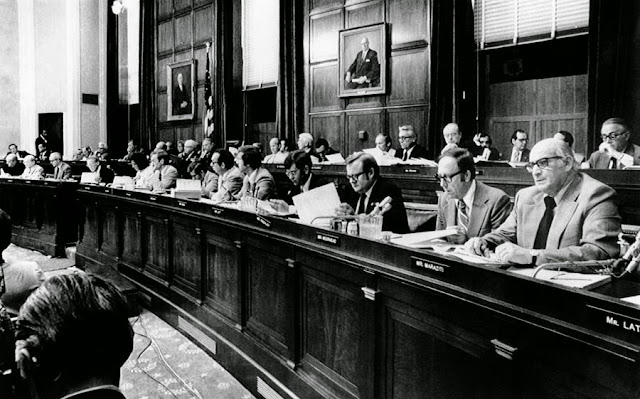 For a student of history and politics, even one as young as I was then, the Watergate period was a fascinating time in America.

In hindsight, it seems so different than it did when it happened. It turned out to be a textbook example of how the system should work — a confirmation, really, of the wisdom of the Founding Fathers.

But at the time, no one really knew how it would play out. Right up until Richard Nixon decided to resign — a conclusion that, I believe, became inevitable when he lost U.S. v. Nixon — no one really knew what he was going to do. I don't think even he knew what he would do. Certainly, if his original plan had gone as he expected, the whole matter would have been a distant memory by this time in 1974. But my sense was that, after the existence of the White House taping system was revealed to the public, he was winging it.

Maybe that was appropriate. Nixon was such a loner, anyway. He never really seemed to take anyone into his confidence, and I have always believed that he came to the conclusion that he had to resign on his own, using whatever logic and reasoning had guided his steps as an adult.

Meanwhile, Republicans in Congress were put in an uncomfortable position — having to defend a president who was liked by few and increasingly appeared to be guilty. The anguish of Republicans was evident in the words of Rep. Lawrence Hogan of Maryland, the only Republican on the committee to support all three of the articles of impeachment that were approved. 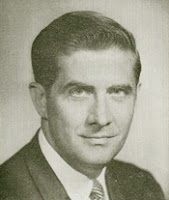 "The thing that's so appalling to me," Hogan told his colleagues, "is that the president, when this whole idea was suggested to him, didn't, in righteous indignation, rise up and say, 'Get out of here, you're in the office of the president of the United States. How can you talk about blackmail and bribery and keeping witnesses silent? This is the presidency of the United States.' But my president didn't do that. He sat there, and he worked and worked to try to cover this thing up so it wouldn't come to light."

Hogan may have felt freer to vote his conscience than his other Republican colleagues. Although his district had given Nixon 57% of its vote when he sought re–election in 1972, it was and is a heavily Democratic district (Steny Hoyer has represented the district for more than 30 years and was the majority leader under Nancy Pelosi), and it seemed likely to vote Hogan out in what was shaping up to be a Democratic year.

Anyway, Hogan was leaving the House to run for governor; he was unsuccessful.

In the summer of 1974, he was the only Republican to vote for all three articles of impeachment that were adopted by the Judiciary Committee.

Forty years ago today, as the nation watched, the House Judiciary Committee approved an article of impeachment against the president of the United States. It would approve three articles altogether. On Saturday, July 27, 1974, the Judiciary Committee voted, 27–11, in favor of the first article of impeachment, charging Nixon with obstruction of justice for his role in the Watergate coverup.

"It was almost 7 in the evening when [chairman Peter] Rodino called for the vote on Article One," wrote Bob Woodward and Carl Bernstein. "As the camera moved from one member to the next, down the order from senior to junior, each face was an emotionless mask."

On Monday, July 29, 1974, the members of the committee voted, 28–10, for an article of impeachment charging Nixon with abuse of power for his misuse of the Internal Revenue Service, the Federal Bureau of Investigation, the Central Intelligence Agency, the Secret Service and the Department of Justice.

On Tuesday, July 30, 1974, the members of the committee voted, 21–17, for a third article of impeachment charging Nixon with contempt of Congress.
Posted by David Goodloe at Sunday, July 27, 2014